On Friday Tesco apologised and then withdrew an inflatable doll product labeled “Gay Best Friend”. Finally Britain’s biggest supermarket offers something worth buying and then it get’s delisted, what a let down! 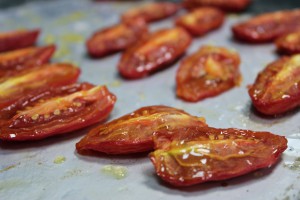 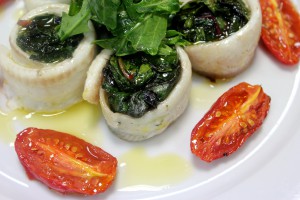 My autumn spirit needed pumping up so I went to the new farmer’s market by Guy’s hospital on Tuesday and bagged the last of the season’s tomatoes, the first rainbow chard, some lovely rocket and a nice piece of dover sole.

The tomatoes were skinned, halved and slow roasted for 1hour at 140oC. I removed the stems of the chard (reserved for another dish, which will feature next time), cooking the leaves in olive oil and diced garlic until wilted. The small fillets of Dover soul were curled into rings and the chard was stuffed into their middle, seasoned, drizzled with olive oil and baked for 15 minutes at 150oC. The dish was garnished with a little of the dressed rocket.

On Sunday a London “duck tour” amphibious boat caught fire, and people were seen diving into the Thames to escape the blaze. I can’t help but think how useful the dolls would have been, as in that situation every little helps. 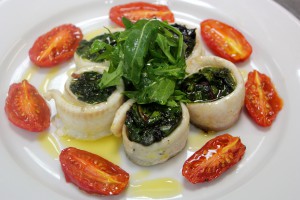 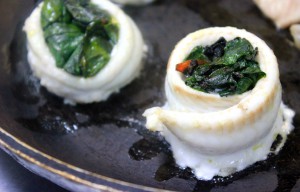