My visit to Roganic and Nuala

The first thing I noticed about Simon Rogan’s latest London venture Roganic which opened its doors at the beginning of this week, was a team of enthusiastic staff, all with glasses and beards; kind of a clone thing…..we’ll call them Robots…….perhaps that’s a little cavalier given that they all gave very good “prospective son-in-law”, better call them ROMEN.

It’s an expensive restaurant; the Rogonomics bring the numbers in at £215 per head if you run wine flight along-side the “only option” degustation menu.

This is Route Cuisine; it’s bits and bobs, eating little and often, a cortege of Cumbrian derived dishes that include millet pudding, aged duck, and my favourite…the yellow beetroot sorbet, which tasted of an early summer pick nick overlooking Lake Windermere, lying on a House of Bruar Shetland travel rug with Kelly McDonald. Wine of the night was Kelley Fox’s Ahurani Pinot Noir from her prodigious Oregon vineyard.

When the Michelin Man starts throwing stars around Marylebone in the Autumn, I’m guessing they’ll be a constellation around this West End eating house which is why it exists, and why people will go, I’m just not sure how fun, or cool it will ever be.

By contrast, over the other side of London next to the Old Street roundabout, Nuala is the very vanguard of hip hawkishness; were it a blazer I’m thinking slim fit Harris Tweed; in a nutshell, the beards in this gaff are shaggier, the glasses more horned rimmed, and you’ll only wear a tie if it’s a Slim Jim lambskin leather.

I popped in for lunch and had two starters that included a kohlrabi and pumpkin salad (pictured) with fried sugared walnuts and tahini, followed by a toothsome beef tartar, and all for under £21. These were dishes that never wanted to try too hard, and were scrumptious in their simplicity; what you’d expect from Niall Davidson ex Chilton Firehouse, and former Fat Duck head chef Colin McSherry.

I never go to the same restaurant twice, but if you need to get hold of me this afternoon I’ll be back in Nuala……well after all the Underground Cookery School is in Shoreditch; going back to Marylebone for Friday lunch would be Rogoloco. 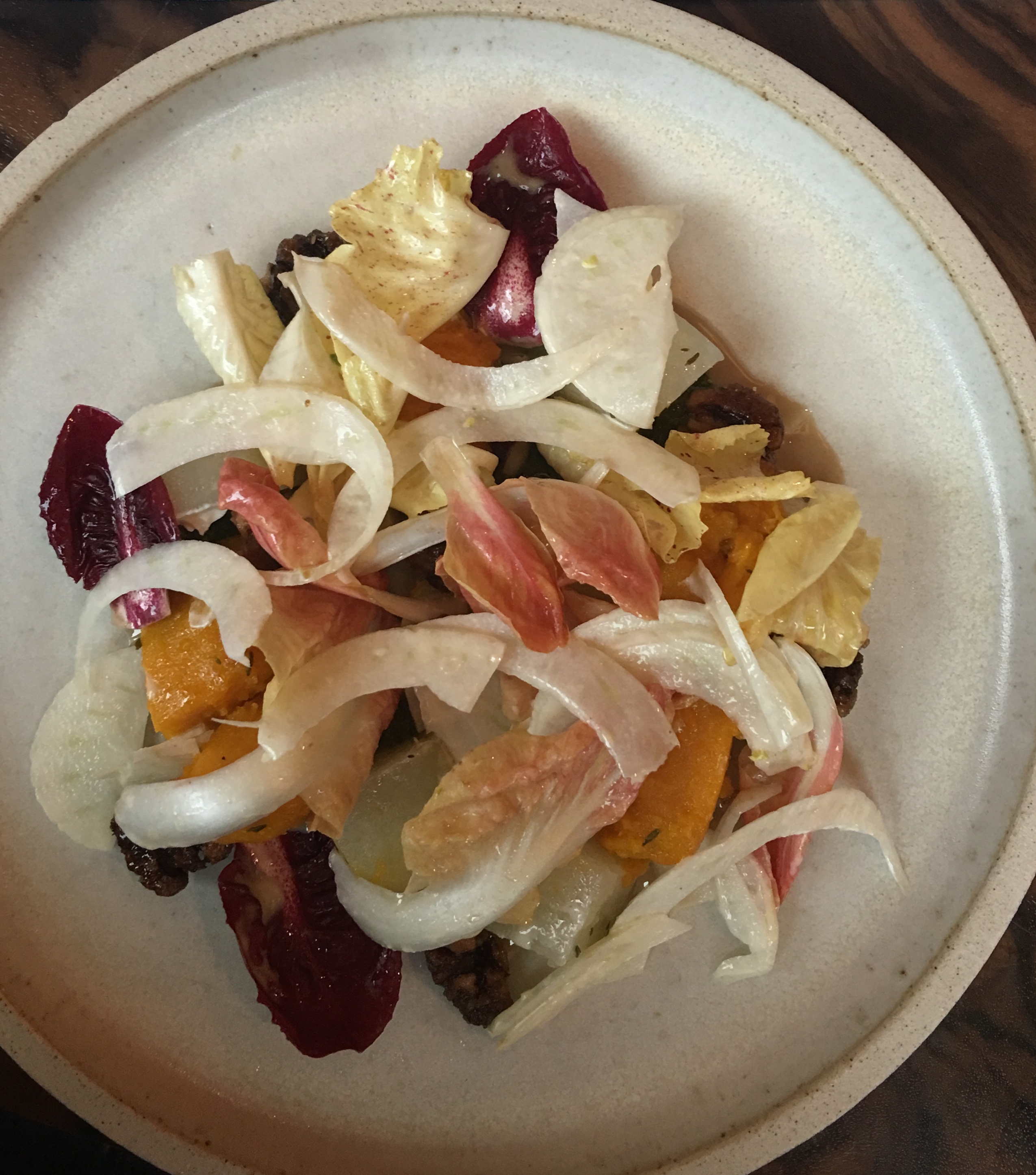